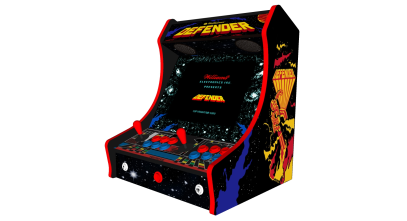 I’ll start with the TLDR: Because they’re quicker to write and easy to maintain.

The longer story is this……

As a currently part time indie game developer, I have limited time to write games. So if I have any chance to release any amount of games in a year, I need to stick to simple games, that are quick to write. Based on this, I can go one of two ways, write casual single tap mobile games, like Flappy Bird, Pineapple Pen or 2048, or I could focus on older Arcade style games like Space Invaders, Tempest, Missile command and Pac Man.

Now I’ve chosen retro arcade games for two reasons. One, I am less likely to get sued, due to the sheer number of arcade game clones over the decades, and secondly, I prefer playing the older arcade style games that the newer often, single tap only mobile games that dominate the market today.

After this, I’ll be moving onto a version of Bomber, sticking to 8-bit blocky graphics and 8-bit sounds for that authentic feel. I’ll use my old PC version as a base to work from.